[From Watergate to Super8… ] 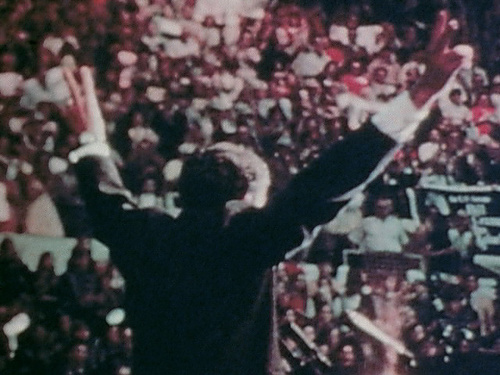 OUR NIXON, a feature length documentary based on Super8 home movies.
Filmed by Nixon’s closest aides.

LIAM LACEY, “Penny Lane on humanizing Richard Nixon” (The Globe and Mail, Published Friday, Apr. 26 2013, 5:00 PM EDT): ” … On paper, it sounds like an idea for a vintage Saturday Night Live sketch: While the paranoid and Machiavellian Richard Nixon was busy secretly taping everything that happened in the White House, three of his top aides and future convicted Watergate conspirators, H.R. Haldeman, John Ehrlichman and Dwight Chapin, enthusiastically ran around with their new Super-8 cameras documenting everything that happened around them. … In fact, it’s all true, and those home movies, held by the Federal Bureau of Investigation for more than 40 years, are the substance of the documentary “Our Nixon”… . … Lane talked to The Globe and Mail from her home in New York. … Your title, Our Nixon, might be considered loaded. It echoes Hans-Jürgen Syberberg’s 1977 experimental biography, Our Hitler.
Penny Lane: Well, Brian is a huge Syberberg fan [Hans-Jürgen Syberberg >> https://de.wikipedia.org/wiki/Hans-J%C3%BCrgen_Syberberg] and that’s part of it, a kind of in-joke, which we don’t expect most people to get. But the other reference is Our Gang, which I thought of while watching these silent images. After spending so much time with them, my own instinct is to humanize these, arguably, demonized figures. Partly that’s a reflection of our ages, to see them in a more impersonal way. I’m 35 and Brian is 39 – he says he was in utero during the Watergate scandal. But I know older people who have a different perspective. We had editors who told us they just couldn’t work on the film. One man said, “I hear John Ehrlichman’s voice and it just gets under my skin too much. I can’t do this.” – For me, the power of archival material is that nobody involved can see the future and that’s what humanizes them. They don’t yet know how they will be judged. … ” | http://www.theglobeandmail.com/arts/film/penny-lane-on-humanizing-richard-nixon/article11558745/

Ben Walters, “Nixon’s White House – caught on Super8” (Thursday 13 June 2013): ” … An administration under fire over covert wiretapping, whistleblowers hailed as heroes and lambasted as traitors, a president’s reputation on the line … You could be excused for detecting a whiff of Nixon-era sulphur in the US political atmosphere these days. With the trial of Bradley Manning, the Department of Justice’s pursuit of journalists who use national-security sources and, of course, Edward Snowden’s revelations of NSA data harvesting filling the headlines, state-sanctioned subterfuge and divisive whistleblowing dominate US politics more than at any time since the days of the Pentagon Papers and Watergate.
It’s an opportune moment, therefore, to re-examine the surveillance culture of the Nixon administration. A timely new documentary allows us to do so from a unique perspective: from the men closest to Nixon during his time in office, through the lenses of their own cameras. Our Nixon, showing this month at Open City Docs Fest in London, draws on almost 30 hours of unseen Super 8 footage shot inside the White House, and on international state visits, by Nixon’s chief of staff HR Haldeman, domestic affairs adviser John Ehrlichman and special assistant Dwight Chapin. …” | http://www.guardian.co.uk/film/2013/jun/13/nixons-white-house-super-8-film

“… director Penny Lane and her coproducer Brian L. Frye discovered, in the U.S. National Archives, a collection of home movies shot – for fun – by his closest aides, John Ehrlichman, H.R. Haldeman and Dwight Chapin, between 1969 and 1973. … The filmmakers had the footage digitally preserved and, for dramatic effect, edited together its seemingly banal personal moments with excerpts from Nixon’s incriminating White House tapes. The resulting all-archival film, Our Nixon, attempts to capture the disconnect between the way historical events are viewed in hindsight and how they were experienced at the time. …” | http://realscreen.com/2013/06/19/afi-docs-13-from-watergate-to-super-8/

Amateur work has not generated a great body of critical discourse. Archives are recent, crude and for the large part unstudied. I decided to describe the field of amateur film enough so we could see its influence on the underground both in its US phase and in its recent phase in London. Along with the evidence from my oral history interviews of the collective I hope to show that the cultural field of amateur film is important to a critical contextualisation of the Exploding Cinema.

EXPLODING CINEMA CATALOGUE OF FILMS
programmed for showing 1991 ‹ 1998 (surviving programmes) in open access shows only. Listed alphabetically by author surname. Dedicated to the end of the Super 8 era.
=> http://www.stefan-szczelkun.org.uk/phdfilmcatalogue.htm 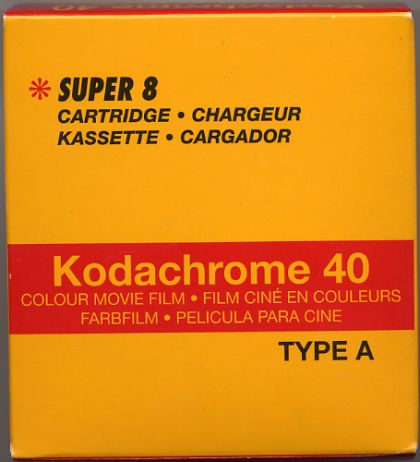 Super 8 Film Stock Overview
The numbers and variety of Super 8 and small gauge film stocks available are arguably as good as they’ve ever been!
=> http://homepage.mac.com/onsuper8/film.html