Ian Helliwell has amassed a large body of work through a synthesis of analogue and digital equipment, using various hands-on techniques to realise his ideas. … The underlying chessboard image is derived from modified TV test pattern apparatus distorted by audio signals from a sinewave generator; filmed off a monitor with super-8, then coloured in with black ink and coated with household bleach. After initial editing on film it was compiled into positive, negative and split screen in a 1-2-4-2-1 sequence. The 4 track electronic music made with Helliwell`s homemade circuits, also follows this symmetrical order. (2014)

This is the completed movie made on the cameraless film workshop led by Ian Helliwell, at the 4th Cambridge Super 8 film festival, 2010. The premiere involved 3 cine projectors — 2 for the image and 1 with magnetic striped film carrying the soundtrack, with the projector positioned under the screen for playback. This began first with half a minute of sound in darkness, then the 2 cameraless animation reels were started which ran superimposed.
The 10 workshop participants, all new to hands-on procedures with super 8, made their own direct animation sequences, and recorded bursts of radio straight into a sound projector. After cutting up the various bits of film, all the pieces were spliced together onto 3 separate reels to complete this collaborative work. 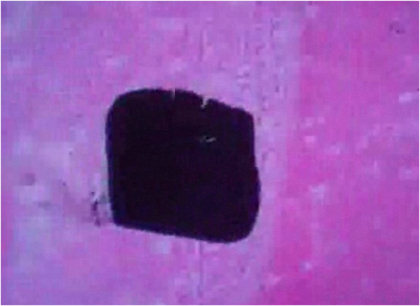 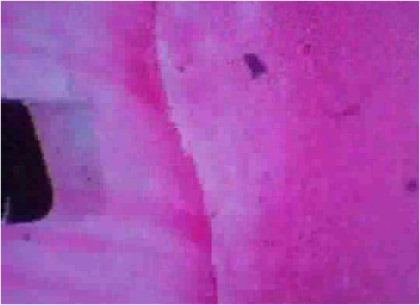 […] Since the early 1990s, Ian has completed a variety of short super-8 films using different techniques including hand painting, bleaching, scratching, paper cut-out animation and collage. He has explored a number of themes in depth, and continues to experiment with abstraction, colour, found footage and electronic sound.